Sober in AA on the Camino de Santiago

I was just three years sober when I thought it was a great idea to take a month and walk the Camino de Santiago in northern Spain; more specifically the French Way Camino.  I have no idea why, but it never occurred to me that I would be going for a month without going to an AA meeting.  Also, I had heard of a few others in AA nearby that had already walked without any reported mishaps.

So I set off mid-July from Dublin to Paris.  The plan was to meet a friend in Paris and have lunch then get the overnight train to Bayonne.  I changed at Bayonne the next morning and caught the local train to St Jean Pied de Port.  And I was there, ready to rock. 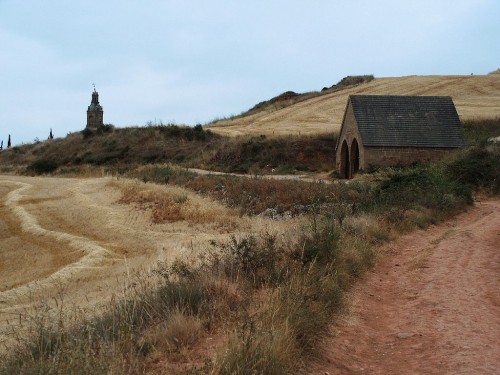 I started walking up the Pyrenees the first day I arrived in St Jean.  I was tired due to not sleeping well on the train. I was annoyed at the people who I had shared the billet because of all the noise they had made.  Here I was in St Jean Pied de Port and a bit lost now that I was here.

The say in AA to watch for HALT, hungry, angry, lonely or tired; I had at least two of the four going on.  It is a steep hill from St Jean, I walked a short part of the road, go to the switchback corner and sit down and had a cigarette, and do the same again for the first few hours – the cigarettes likely did not help.

I walked alone, the views are beautiful, and my head was going crazy.  What am I doing here, you’re not a pilgrim, you don’t even believe in any God. You will never make it, you’ll drop out, it will be another failure – I am sure you know some of the nonsense that can go on.

But I was convinced because I was three years sober that I could hack anything.  I would do this, no matter the crap self-talk that was going on.

In my early years in AA, I used to joke that I was a pain free zone, and I intended to keep it that way.  That statement was of course rubbish, my pain came from the inside, not the out and I still had no idea how to tame it.  It felt like the black dog that Winston Churchill spoke about.

But this was different, my feet were sore – I had blisters.  My back was sore – I had a pack for an African Safari rather than a trek across Spain.  My rucksack contained everything for all eventualities. My boots cut up my feet and by the end of day three in Pamplona I bought new walking shoes – my budget really wasn’t set up for this kind of purchases, but there was really no choice.

The physical pain took my mind off the noise in my head, but it continued to remind me that if I was really good enough I wouldn’t be suffering this way.

So far I had been playing at avoiding the fourth step of AA.  Yes, three years in and I was living on three steps and thinking that life was great, well bearable.

I met Al after about a week.  I accidently discovered he was in AA.  We were sharing a table with two others one evening having the usual pilgrim’s menu.  The waiter offered us wine or water.  Instead of just saying water, Al announced he did not drink – then he asked for water.

That kind of display causes me to cringe, so I kept my own counsel for a while.  Another evening we again were at the table and went through the same procedure.  Really why he didn’t just say water I don’t know.

Six years sober and ready for a slip

At this point I hadn’t had any thoughts of drinking, I was so terrified of drinking again that I had lived off my fear for the first few years.

I walked with Al a few times over the next week and at some point I also told him I was sober in AA and had been sober for three years.

As the days slowly passed he started talking as if a drink would be a good idea. Obviously, I asked if he really thought that was a good idea.  I met a woman on the Camino which distracted me from Al and his readiness to drink.

A few days later when I met him he a had a beer sitting in front of him.  Really what do you say in a situation like that? I could have been more explicit asking if he was crazy, but I think the closest I got was asking are you sure.

Al drinking wandered around in my head; I was on the last week and Al had been fine.  He seemed okay, did that mean I could drink again?

After a few weeks being away from AA, you don’t see how even asking yourself this type of question is on the edge.

I reached Santiago de Compostela and felt deflated.  I missed walking, even on the first day.  Along came the evening and we were all going to meet up – the drinkers would be having a few drinks – I wanted to be just the same as everyone else and “just have a few drinks”. I had tried this so many times, I should have known better.

Fortunately, I said to my other half “I think I will have a drink or two this evening’.

Yes, I thought, I had forgotten that I am crazy.  That stopped me and I did not drink, but it is the closest I have come since getting sober. 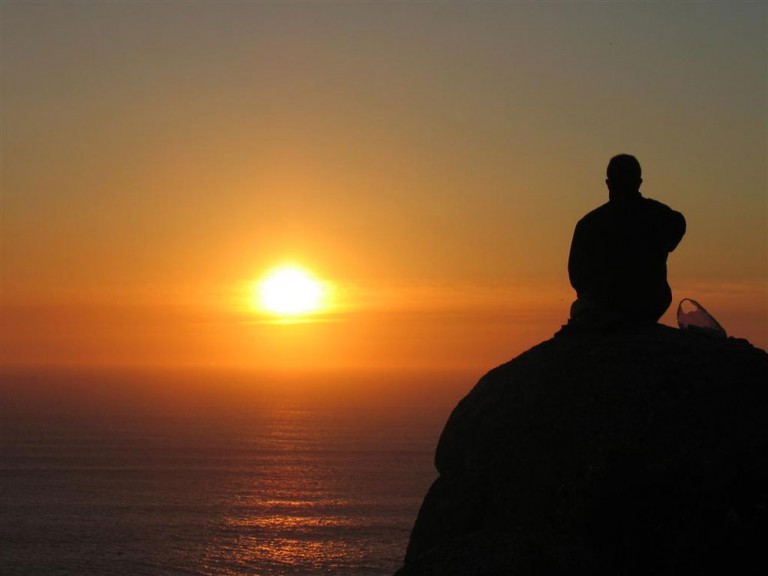 I am all about learning from as many situations as possible – I learned so little while drinking that perhaps I am playing catch up.

There are going to be times that I will miss AA meetings for a couple of weeks, it is part of the nature of my life and where I travel.  So to overcome this I need to be aware of sticking to other routines while traveling.  Meditation helps, journaling, reading something from AA – you can down download the Big Book and have it on your phone or tablet.  Remembering to be grateful and enjoying the little things; being aware when I slip into my story.

I am very grateful that I did not take that drink, it would have been an awful end to a great journey on the Camino de Santiago.

11 responses to “Sober in AA on the Camino de Santiago”