The First Step of Alcoholics Anonymous 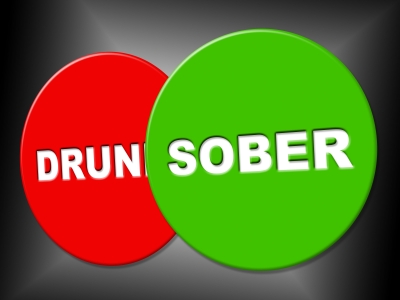 In the beginning at Alcoholics Anonymous admitting that I was powerless over alcohol was easy. I could see all the times that I had tried to stop drinking alcohol and failed. One particular moments comes to mind that reminds of this issue. This event is more than twenty years ago and is still clear in my memory today.

I had come out of the subway onto the street where I lived. I was walking up the road on the same side as my flat. My intention was to go home, get changed, and come out right away and cross the street and drink in my local pub.

The pull to go directly to the pub overwhelmed me and illustrated clearly how powerless I was. I shake my head always looking back on this. There I was quite willing to go and get drunk, but wasn’t able to wait another ten minutes while I got changed. This scenario played itself out in various guises:

Addiction to alcohol had me beat. Every strategy I tried did not work. I once went to a clinical psychologist who specialised in addiction. During our initial conversation he told me that we would at one point go to have a drink and then after two we would leave. The thoughts in my head went along the lines of: does he realise that I will like punch him if he tries to drag me out of a pub after I start drinking.

So, in the beginning accepting the first part of the first step in AA was easy. Later I began to question this whole idea of powerlessness and how believing this could be affecting other parts of my life – that however is the topic for another post.

That My Life Had Become Unmanageable

When I stopped drinking I was contemplating suicide. For a while I had found it increasingly difficult to hold down a job. I had managed not to be sacked by leaving for “something better” each time. Sometimes lying and signing on unemployment for a week or two. Any excuse to get away before people found out how bad my drinking was. That didn’t really work. Many people I worked with knew how much I was drinking and it was causing a problem for me and for them with my work.  My life had been unmanageable for quite some time.

During the last few years of drinking all my money left over after bills went on my drinking life style. I was sure it all did not go to just the purchase of alcohol as I spent too much while in black outs for that to be possible.

Some of the results of this were:

Some of the other signs of unmanageability were:

I flowed along in my addiction, hating my life and never knowing how to change things. I knew I had to stop drinking to at least have a chance, and I thought the only place to go to was AA – that thought troubled me, I had went to AA before and hated it. All that god stuff drove me nuts, along with the preaching hidden behind the pretence of help.

However being suicidal and looking forward to not having anywhere to live pushed me back there again. I made the vow to myself to not talk to them, just to go to the meetings and leave. As usual life doesn’t always turn out the way I planned and some people I liked talked to me.

But back to the first step: We admitted we were powerless over alcohol—that our lives had become unmanageable – that was kinda easy in the beginning.

I now understand and believe that Alcoholics Anonymous does not work for everyone and is maybe not suitable for everyone – at that time I did not know of any other avenue.